The Canvasback Winery is the Washington iteration of the famed Duckhorn wine company of Napa Valley. Known for being an originator of top flight California Merlot, Duckhorn has branched out over the years establishing sister wineries such as Paraduxx, Goldeneye, Decoy and now Canvasback. In 2013, Canvasback put down roots on Red Mountain when it acquired a 20-acre unplanted vineyard site. Located near the top of the mountain, above the frost zone at an elevation of approximately 1,100 to 1,300 feet, the site was widely recognized as the most coveted uncultivated site of the mountain. Guided by Washington winegrowing legend and Canvasback vineyard manager Dick Boushey, and founding winemaker Brian Rudin, Canvasback began planting its Red Mountain vineyard predominantly to Cabernet Sauvignon in 2014. In both the vineyard and winery, Brian embraces the challenge of making a richly compelling wine that shows the complexity and structure of great Red Mountain Cabernet Sauvignon. “Red Mountain is one of the best places on earth to grow Cabernet,” says Brian. “The desert environment, with its long days, cold nights and mineral-rich soils produce epic Cabernet Sauvignons.” 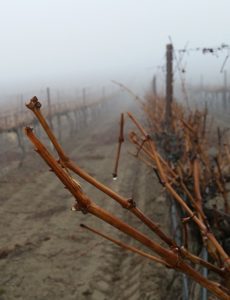 This is a great concentrated red wine, light aromas of red fruit with some minerality and hints of spice it also has a lush medium-thick, tannin full body that coats the mouth. Flavors are heavy with dark fruit, including plum and black cherry with notes of black raspberry and cassis and slight floral notes. 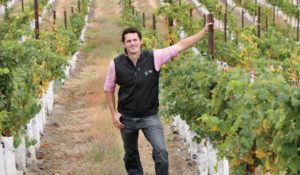 Pairing:  Smoked Gouda Cheeseburgers or a juicy Ribeye, this wine is screaming for some red meat with a full side of carbs as in French fries or herbed, oven baked red potatoes.

The Red Mountain AVA is an American Viticultural Area that includes the land surrounding Red Mountain in Benton County, Washington. It is part of the Yakima Valley AVA, which in turn is part of the larger Columbia Valley AVA. The reputation of the wines produced in this area has brought Red Mountain AVA worldwide acclaim. The vineyards in this appellation have produced grapes for some of the most sought after wines in Washington State primarily red varietals including Cabernet Sauvignon, Merlot, Sangiovese, Cabernet Franc and Syrah. The area is known for producing powerful, tannic red wines that are known for their balance in flavors, with an intense concentration of berry and dark fruit flavors.

Washington State is the second largest wine producing state in the United States after California. It is one of the few places in the US and in the world where viniferous grape vines grow on their own roots and not on phylloxera resistant rootstock. Nearly all of Washington’s vineyards are in the dry and warm eastern part of the state, separated from the west by the Cascade mountains. 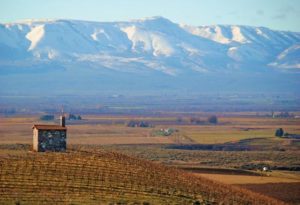 Cabernet is the classic grape variety for red wine. It is capable of making some of the most structured and complex wines in the world and is a definitive ageworthy grape. Cabernet has the potential to make great wine that is at once powerful but also elegant. The telltale aromas and flavor of Cabernet are blackberry, black currant, cassis, mint, cedar, licorice, leather, cigar, dark plums and so on. As it ages Cabernet can gain in complexity as all of these flavors become more succinct. Historically, the most famous Cabernet Sauvignons were and still are utilized in blends with merlot and cabernet franc from Bordeaux in France. Today, world class cabernet is made in California, Washington State, Italy and Australia. 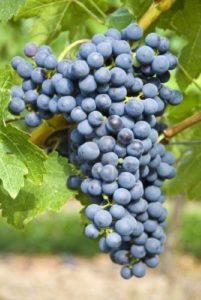