$32.99 per bottle
Winemaker notes: Inky and dark, this Petite Sirah is brimming with black cherries, blackberries and cassis flavors. Violet notes and hints of white pepper enchant while intense, jammy fruit stains the teeth. Stokes’ Ghost is full-bodied with balanced tannins and a finish that lingers on the palate, it’s a rich, deep wine is just what the doctor ordered.
Pairing: Honey BBQ Chicken

From Monterey, California this unique Petite Sirah packs a nice punch of lush red fruit and spices.  The nose has hints of black pepper, plum/dark fruit, the wine has flavors of Raspberry, Strawberry, Dark plum, brown sugar, a hint of cranberry and of bit of rose petal. Nice tannin with a smooth, medium length finish. 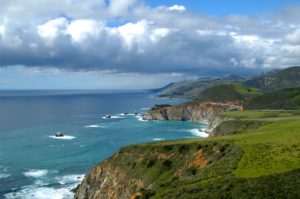 Petite Sirah is actually the Americanized name of the grape Durif. Durif was developed in France in the 1860s by Francois Durif, it is a cross of the Syrah grape and the Peloursin plant. Today it is almost nonexistent in France, California and Australia are now the biggest producers in the world. Many of the older vineyards in California post prohibition actually made wine from field blends made up of many varieties that were co fermented and called Petite Sirah. 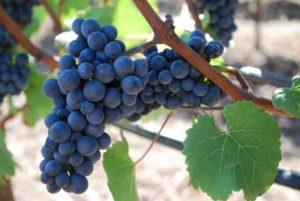 In 1833, British sailor James Stokes jumped ship in Monterey with a booty of stolen medicine. He opened a downtown pharmacy and launched a thriving medical practice as “Dr. Stokes”. Despite a knack for killing his patients, he landed a commission as the personal physician to California Governor Jose Figueroa. Within a year, the governor was dead. The phony physician was astonishingly successful for someone so poor at his job. He grew wealthy, married the widow of one of his patients, and served as mayor of Monterey. Eventually the gig was up. According to legend, Stokes’ sons confronted him of his devious deeds and he ingested poison, falling lifeless at their feet. His former home still stands and to this day, is haunted by the ghostly figure of a man dressed in 1800s garb. This is the legend of Stokes’ Ghost.

The fruit for Stokes’ Ghost hails from an estate vineyard in the Hames Valley, an inland enclave at the southern end of Monterey County. Considered a “Goldilocks” region – not too hot, not too cold – it offers ideal conditions for Petite Sirah. The wine was aged for 14 months in new American oak.